May 10, 2016
If you've readabout me , you'd know I love to read almost anything. I'm not a bibliophile tho. I'm getting there. I just enjoy being lost in a book and tasking my brain trying to get the perfect picture the writer is trying to create.
I'll never understand why I quickly and deeply fall in love with fictional characters. All it just takes is for us to have something in common or for me to have gone through a similar struggle he/she is going through.
Sidney Sheldon's If Tomorrow Comes is a very special book to me because it's like the first ever novel I'd read on my phone. I used to be a sucker for hard copies but now, anything goes. 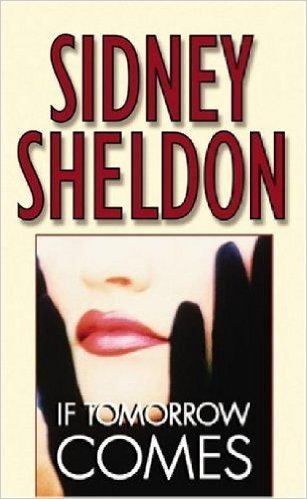 Photo Credit: Google
Introduction aside, let me go to the reason this post is up. Tracy Amazing Whitney! She's one of those characters you just find yourself rooting for whether they're doing good or bad. In this case, Tracy was a good girl turned bad. You know the 'When life gives you lemon, make lemonades' line? That's exactly what she did.
Her mother committed suicide due to the frustration she was facing from a Mafia boss. With genuine innocence after finding out, Tracy decided to threaten the Mafia guy with a gun. She mistakenly shot him as a means of self-defense when he tried to rape her. She was caught and unfortunately for her, both her lawyer and the judge were involved in the conspiracy so she was sentenced to 15 years imprisonment even though the Mafia guy didn't die and he also framed her for stealing a very expensive artwork from him.
In prison, she stood up for her rights and refused to be bullied by other ladies. Somehow, she got on the governor's special list and she was released. Life after imprisonment as she was to find out wasn't pleasant. Nobody wanted to have anything to do with an ex-convict.
Out of frustration, she decided to become a con artist. Silly as it might sound, it was at this point I really fell in love with her. Boy, I admire her strength and intelligence. So I'm going to be sharing few of her hilarious and mind blowing con operations.

1). She burgled into a house and when she realized she was about to get caught, she pretended to be a house guest by changing into a nightie and acting very much at home. She left enough flesh to confuse the policemen and of course, they left wanting to do anything to please her.
2). She won a bet against the two world best chess players by making them think they were playing against her when in actual fact, they were playing against each other.
3). She bought an emerald stone for $100,000 and then tricked the salesman into buying the same stone from her for $250,000. This one really burst my brain.
4). She stole an expensive jewellery belonging to an actress by placing them in a different briefcase and then swapping the briefcases when the train stopped knowing fully well that the police wouldn't search the victim's luggage.
5). She walked away with an expensive work of art from one of the world's most guarded museums by making it seem like a fake and causing them to sell it to her at a ridiculously cheap price.
6). She stole a box of diamonds by hiding inside one of the boxes to be transported on a plane and swapping them for fake ones during the flight. Good old Tracy Whitney is definitely not claustrophobic.