July 26, 2016
This post title is quite a mouthful simply because I couldn't find something else to describe how I felt the day I wrote this. I've been in this situation more times than I can remember. It's always exhausting and annoying. I'll be gay, exuberant and then SNAP! I'm feeling down, irritated at nothing in particular and the rest of the day becomes gloomy. No, it ain't mood swing. Or is it? The most annoying thing about this predicament is when people start asking what's wrong and I can't come up with something genuine.
The occurrence that prompted this post was the most 'interesting' one ever. Here's the detail. 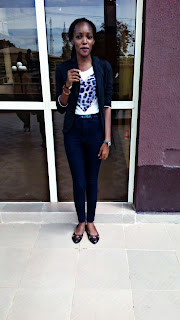 I was having an almost perfect day doing few things online that required me to write a little something about myself. I included "I'm a PhlegMel(Yes, I believe in temperaments)" after 're-looking' up the words in the dictionary to make sure they suited me. As I was to discover later that day, that was a wrong wrong thing to do. Immediately I stood from where I was sitting to do something else, some unfathomable changes took place. I couldn't even place a finger on what was wrong with me. That wasn't the first 100-0 feeling but it had never been that sharp.
I just went to my bed because I didn't want the 'What's wrong with you?' questions that'd only make me feel worse. I just kept rolling and rolling, thinking back to the period I was fine and then I remembered I was writing something. Fine! Something that'd make me feel better and as I was about to continue, the last sentence hit me "I'm a PhlegMel (Yes, I believe in temperaments)".
So basically, I allowed the melancholy part to ruin my day. Remember I said I looked up the words in the dictionary just to be extra sure? The phlegmatic part was fair enough but how exactly do you agree that you're "affected with great _sadness_ or _depression_?" Why on earth would someone agree that "feeling or expressing sadness especially when the sadness is like an illness" describes them and they believe in it? Need I say I felt really stupid afterwards?

I'm not trying to say all these temperaments thingy is wrong. I've read books on temperaments and they didn't paint the picture as bad. The description of the melancholy temperament is totally different.
So, I read the cruel words of the dictionary and through some unexplainable mental reactions, I acted melancholic for about *5* hours. Yes, it was that bad and I discarded the probability of it being a coincidence.
Like I already said, this isn't particularly the first time but this one was too Oh My Days that I had to share. Can you relate with the whole scenario? What should you do on such days?
- Think : What were you doing initially? Remember knowing the root of a problem is the first step to solving it.
- Listen to music : Not the melancholy kinda ones oh. See what I did there? Hahaha.
- Take a walk : This exercise would boost your morale and the beauty of nature will calm you.
- Read a book : You're going to have new images in your head.
- Sleep : This used to be my first alternative till it occurred to me that I was just running away from the inevitable.
- Pray : Because at the end of it all, you have no power of your own.
You're what you believe/say you are. Don't let any derogatory words and remarks get to you. Don't accept anyone's definition of yourself. CHOOSE POSITIVITY. 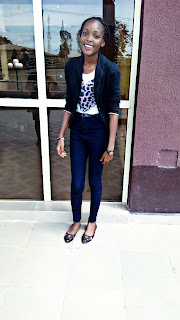 Have you gone through something similar?
I really want to know the other things you do on days like this. Please share with me.

"Most of our obstacles would melt away if, instead of cowering before them, we should make up our minds to walk boldly through them." - Orison Marden