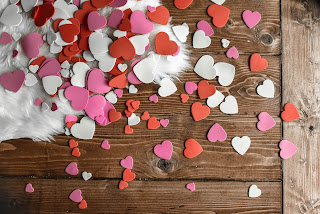 As I begin to type this on my phone's notepad, I'm not sure what direction this post would be taking but I know I want to briefly document about how my year went and maybe, hopes for the new year. I'm doing this majorly because it would serve as a reference and reminder for me in times to come.

2018 was that year. I feels like I legit lived through 5 other years in this year. I don't remember having any specific intentions/resolutions at the start of this year. Actually, I think I simply viewed it as just another day. Of course, I had new things I wanted to try out and I did start with them but other than those, nothing much. And because I was tired of just going over some unpleasant experiences I had this year, I decided to write about them and I found that while writing them, it became easier to actually count blessings and make intentional choices that would let me have a better new year

1. Falling incredibly sick: This happened circa July. This is December and I honestly do not still understand whatever happened with me. I was in so much pain that I landed in a hospital and got admitted for the first time ever. It was pretty scary because a couple of tests were run and the results showed nothing. However, based on my symptoms, I was placed in a renal ward. This happened during towards the end of semester when I was faced with tests from every corner and I was (still am) in my final year. Taking risks of not writing tests was huge and there was honestly no hope of writing any of them but somehow, somehow, I was able to make it to school on the proposed day of a test and luckily for me, it was postponed. I had to face reading for two other crazy courses, scheduled to hold only few minutes apart. I was definitely unprepared and all but I wrote the tests still and God really did his part.

2. Making money from what I enjoy doing: Even though I was absent on the blog, I was still creating and managing content for brands and individuals. Apparently, money is huge motivation, smh. I would never have fully embraced this side of me and even gotten these opportunities if I didn't have this blog so, fair enough? 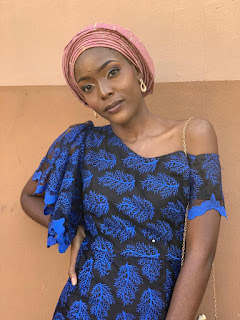 3. Final Year Headache: I definitely had heard of how stressful final year was but nothing, nothing and I repeat nothing prepared me for what I got. It definitely has been my toughest year so far. You know, at some point I actually thought about just dropping out of school and what the implications would be. No exaggerations here. Coupled with the 'what's next after school' thoughts, I was stressed physically, academically, emotionally and mentally. I actually wrote an exam last semester that made me get out of the exam hall and start craving for ice cream. Why? I needed something sweet to take the pain and fear away but a few words with my sister and the total exhaustion, I only ended up locking myself up in my room and praying seriously. I'm yet to see the results but prayers work, yes.

4. Worst Birthday ever: Okay, I wasn't sure about including this but here it is. From everything I've written in this post, I think it's pretty obvious that I don't deal with stress well and so, on my birthday I was super stressed because I had a deadline to meet, it was getting late and I had to travel down to school. Just one physical trigger and I ended up bursting into tears in the car, making one of the other passengers to start asking questions. I managed to meet up with the deadline but I couldn't travel back home that day so yh boring and annoying birthday. In retrospect though, I realized there were many other things that could have gone wrong and so, I'm thankful.
Related: Life Update: 2018 Birthday Post

5. I was scammed: By myself. Okay, this bit is so embarrassing that I shared with only one person when it happened. I had been looking for journals online for my project when I came across a site that had exactly what I wanted. It required me to sign up and enter my card details. Ordinarily, I would have closed the page and moved on but from the tagline, it had just what I needed and I was sure I wouldn't be purchasing anything so why not? I regrettably signed up in a haste, only to find the whole site confusing and I ended up getting nothing. Sadly for me, signing up wasn't for free and they charged some dollars if after some days you haven't canceled your subscription. Somehow, I didn't see all this and I got debited the first time. I remember being lost but probably because it was just a dollar, I totally forgot about it. Until after a few days when the big debit alert came in. Faaam, I thought I was going to run mad that night especially because I was alone! I was lost, confused, agitated and everything in between. I had forgotten about this site actually plus the transaction details said the source was from a certain website which I checked online and found to be one that sells aphrodisiacs. I was further confused tbh and in a state of mind that wouldn't allow me stay alone that night. I just had to calm down enough till the next day when I went to the bank to make complaints and I eventually found out that I did the evil to myself by not only signing up in the first place but also entering my card details and then not canceling the subscription immediately after the free, not so free trial. Of course, all of this I would have known if I had taken time to read and understand the information on the site. Anyway, I sent a couple of mail messages to the company and with the help of the bank, I was able to get some of the money back but boyy, did it hurt. So much actually happened this year that I honestly cannot explain. I just remembered that one time I fell so sick again and I had to transfer all of the money in my account to someone so they'd help me withdraw but I ended up buying that amount as credit 'cause of how weak and helpless I was. Gosh.
All in all, I'm grateful that I still have blessings that I can count. Many, in fact and of course, lessons have been learnt. As I'm concluding this post, I realize that it was one I needed to write for myself, for reflection and I hope to read this post sometime next year and be grateful for the year that was. 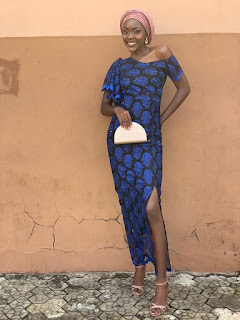 Just because of how extra chatty and TMI laden this post seems to me, I doubt I'd even share or promote it (not like I do a lot of promotion, shame), if you happen to have read through all the ramblings and so not summarized writing and you're still here, thank you so much for reading and especially, for your patience.